Finally working. Some issues tackled in the process, including:

The Canon EOS Utility doesn't work on my Windows 10 platform (it appears that I am not alone in this experience). I eventually resigned myself to finding an alternative piece of software to capture and control images directly from the camera.

I made a bracket that I plan can be modified if I use a different camera. 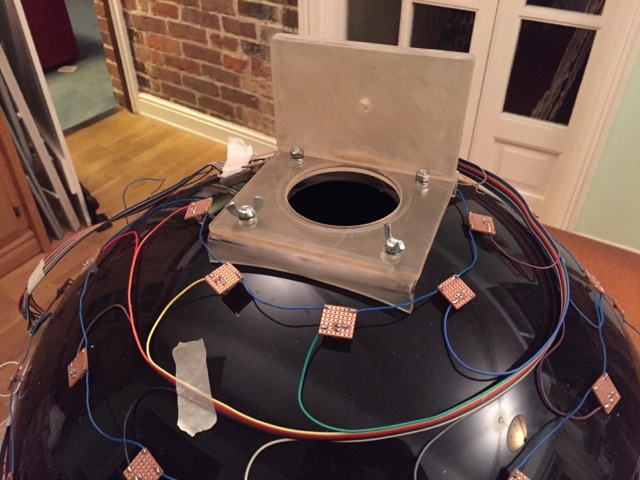 I changed the configuration of the LEDs slightly. Originally evenly spaced at 10, 30, 50 and 70 degrees, I've moved the top row down to 65 and the bottom row up to 15 - according to CHI the optimum angles at which to set exposure and aperture settings. The picture below shows the dome after these mods. 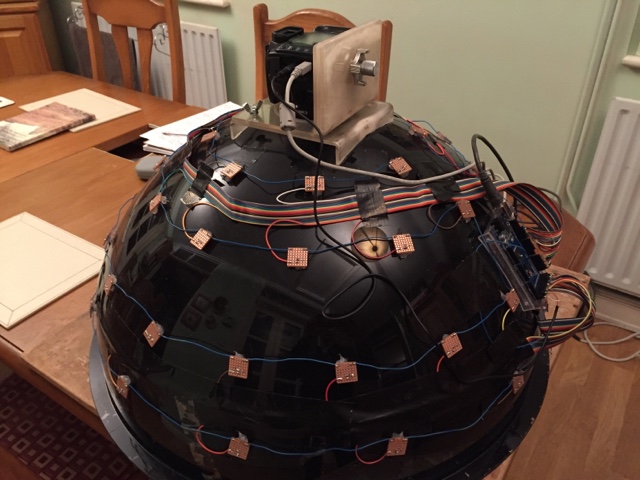 I did a trial run and found that sphere detection in the Builder process wouldn't work.... Presumably because the black sphere (a pool ball) was too big relative to the highlights. I will test this assumption when the black marbles I have ordered arrive.